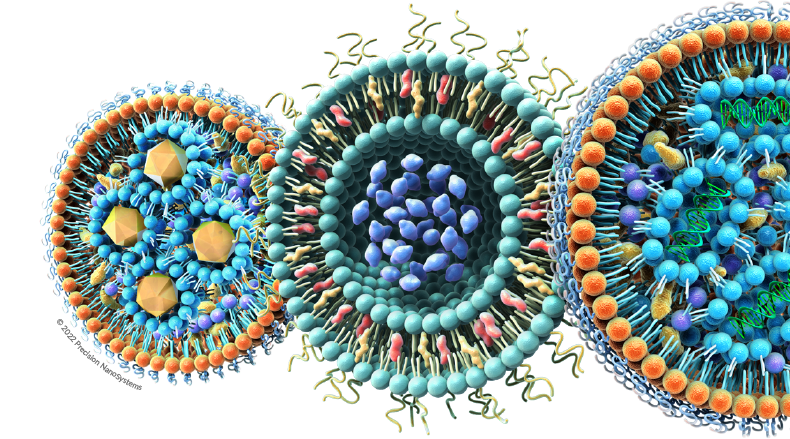 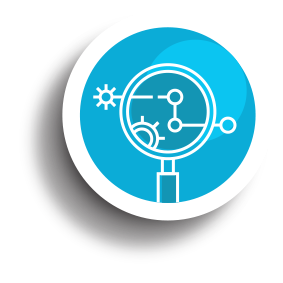 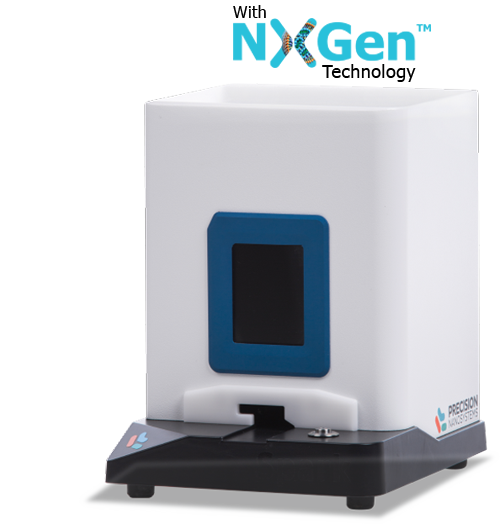 The Spark formulation process requires less than 5 seconds, allowing hundreds of formulations to be made in hours.

The Spark system is designed for operation in a sterile biosafety hood, so formulations can be made on-demand, and applied to cells in culture. 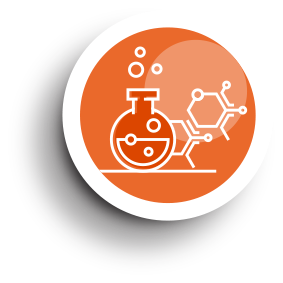 Designed with the end in mind.

Designed for the future. 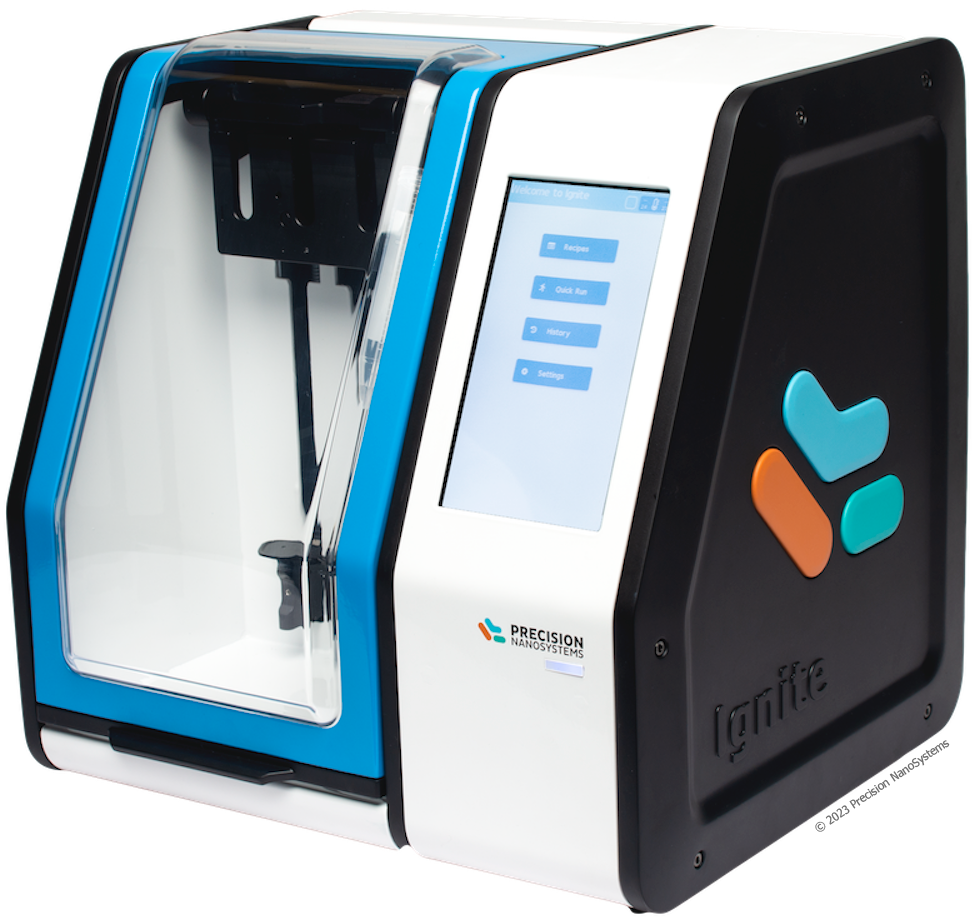 Formulation runs require less than a minute. Over 50 formulations can be completed in a day for rapid optimization.

Easily scale between 1mL and 20mL formulations on the Ignite™. Optimized formulations can be predictably scaled to advanced preclinical and clinical scale with Blaze™ and GMP Systems with NxGen technology.

A direct path to the clinic

Scaling up your genetic medicine 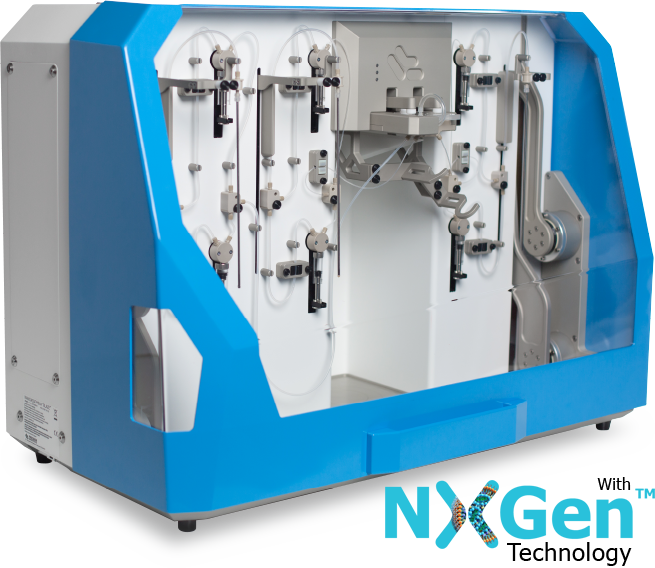 The Scalable Power of NxGen

Efficient formulation for large preclinical studies, with single-mixer flow rate up to 115 mL/min with NxGen technology.

De-risk processes by using the same NxGen microfluidic mixer on Blaze and GMP.

Optional integration to up- and downstream processes and continuous pressure monitoring.

The signature simplicity and efficiency of the NanoAssemblr platform. 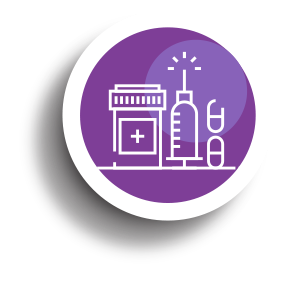 The NanoAssemblr GMP System is a modular and configurable system, fit-for-purpose and phase appropriate for the GMP manufacturing of genetic medicine.

The GMP system is a continuous flow microfluidic platform designed for scale up manufacturing of nanoparticles under cGMP conditions. The formulation results are in sync with NanoAssemblr Ignite and Blaze-generated particles. 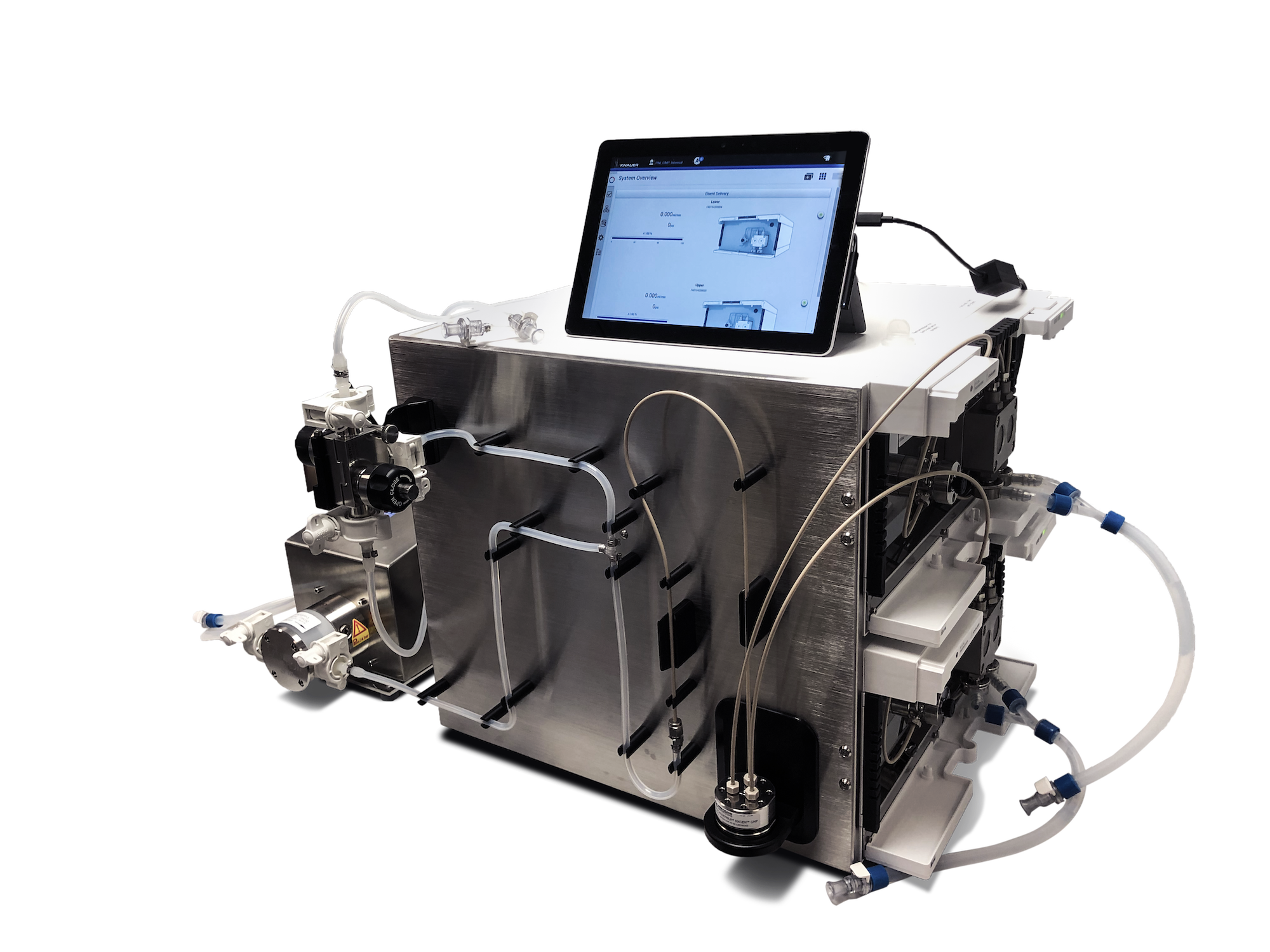 The Evolution of NxGen Technology
The proprietary NxGen microfluidic mixer at the heart of NanoAssemblr systems is designed exclusively for nanomedicine development. NxGen is the only technology that can scale from mL/min to L/h with the same mixer design. NxGen enables time-invariant particle formation to ensure the most reproducible results for a wide range of particle types and is capable of > 25x throughput of our Classic (formerly know as SHM) mixer. 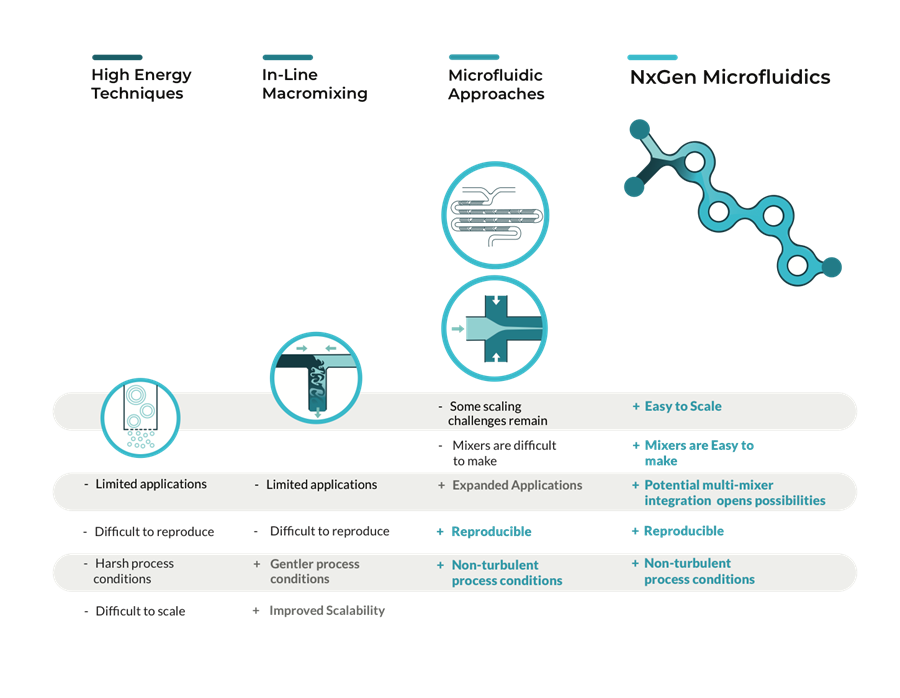 From Bench to Commercial Scale

This differs from turbulent mixing where collisions are used to speed mixing. These are extremely dependent on geometric and velocity profiles which differ at scale.

What is Nanomedicine?
Nanomedicines represent the next paradigm in drug innovation, and current research has demonstrated improved efficacy, reduced side effects and revolutionary new treatment modalities like gene therapy and targeted medicine. 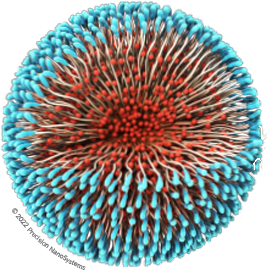